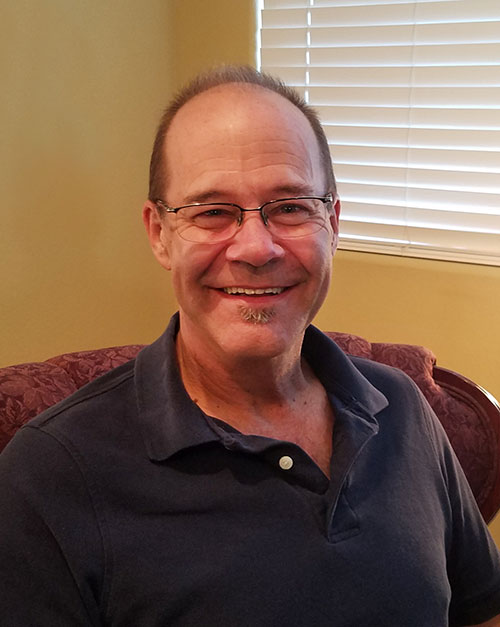 I stand today unable to fathom the depth of God’s forgiveness and grace.

My story begins with an upbringing rooted in instability. The alcoholism of my mother took the functionality of our family to the point of non-existence. The divorce of my parents at my young age created in me a yearning to succeed in the face of adverse circumstances. From a young age I began to set my plans towards the achieving of that “success”.

The success I desired was in the area of business and finance. Business Administration directions were the primary focus of my high school and college efforts. I set a plain and solid goal of making my first million dollars by age 40. I began my initial small business at age 22 and owned a second business by age 25. I was a man with a plan and the unveiling of that plan was going perfectly as I had envisioned it. I was married at 22 and rather quickly fathered two children. Life, as I understood it then, was great!

While business was proving itself well, I had an issue in my life that began to expose itself by my late 20’s. At age 16 I had begun to drink alcohol and smoke marijuana occasionally. I really enjoyed where that took me, and as time continued, I subtly shifted into an area and level that I didn’t recognize at first. By the time I was 18 I was drinking and smoking on a daily basis, and at age 19 I entered into an arena that would then be my demon for the next 16 years, and that arena was cocaine addiction which quickly led to methamphetamine addiction. In the early years of my addictions I had no idea just how far and how low these decisions to use would take me.

With two viable businesses and the illusion of thinking I was a “functional addict”, by the end of my 20’s I felt as though the world was mine. I was all but invincible and enjoying every perk human life could offer. Then, at 29 years of age, an incident took place that would end up being “the beginning of the end”………my first DUI. The next 4 years would include substantially increased usage of drugs and alcohol, multiple arrests, the loss of my marriage, my family, my businesses, my home, my “things”, and any speck of sanity I had left—and the worst was yet to come.

The carnage of drug addiction took me very rapidly from “uttermost to the guttermost”. The loss of dear and important things in my life should have been the thermostat setting to shut this season down – but the pulls of sin are stronger than that of logic. I met an amazing young lady during this time in my life and was quickly drawn to her. She was a person who had battled drug demons in her own life, but had a fairly substantial period of clean time. Enter the perfect storm as triggered by the passing of her father, she joined me on the drug path of destruction. Over the next 2 years we had a child together and suffered through incredible accounts of hardships, violence and abuse. The culmination of this earthly hell came on February 19, 1996, when desiring to take my life I sat in front of San Bernardino County Hospital with a 40 oz. beer, a glass pipe and a butcher knife to slit my wrists.

After around 3 hours of hiding in the bushes, I came to the realization that I did not possess the courage to take my life. Instead I checked myself in to the hospital as suicidal. Following a 3-day observation and evaluation period they deemed me not truly suicidal, just high, and arranged for my immediate discharge. Out on the streets, being hunted by law enforcement and facing many years of incarceration, a man with a dog came out of nowhere and invited me to stay at his house. He told me he knew what I was going through and knew of a place I could get help. I accepted his offer and stayed with him for a week as I took my next steps. I have never seen him since and live life to this day believing him to be an angel sent by God at this crucial time in my life.

During my week with this man, he helped me to step into a 7-day rehab center in Riverside California, and through that center I moved into a 4-month rehab opportunity at a center in Southern California. While there I met a fellow patient who was not only addicted to cocaine but was the lead pastor of a local church in L.A. He would hold bible studies, and as I attended I came to know Jesus Christ as my personal Lord and Savior. Wow, did I ever get hit with Truth!

The Rest of the Story

I exited that rehab a changed man. And although I had lost absolutely everything, including my family, I had a peace of knowing I was born again. I went back to my hometown of Big Bear Lake, California and immediately starting attending Calvary Chapel Big Bear. When the pastor opened up the word of God and started to teach, and I understood, I experienced a connection with God that has never left. The mother of my youngest child came back months later to see what this “Gregg without drugs” was like, and we began to work on our relationship. We moved to Las Vegas, immediately began attending Calvary Chapel East, and were married shortly after.

Life in Las Vegas has been amazing for the past 21 years now. We have raised our children and now have grandchildren being raised here. After 8 years in corporate restaurant management, the Lord chose me to serve Him in full-time ministry. In 2004 I left my job and have never looked back. My precious wife joined me in ministry in 2005 and we’ve been on the most exciting part of our journey yet!

Calvary Red Rock is the next step in our calling – a calling that has us sharing the gospel to a world in desperate need of answers, and ultimately, a Savior! To Him be the glory! His goodness and grace consume me!

Provided by Pritchard Websites
Back to Top